Omnichannel or the right channel? Focus is the key. 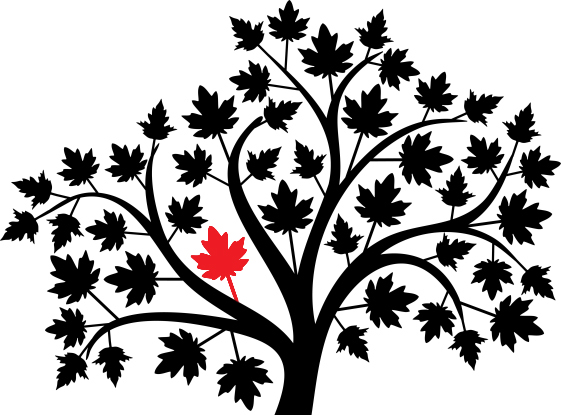 Tuesday this week DBS Bank launched a ‘mobile-only bank’ in India and when they say „mobile” they mean it! The new player leverages biometrics ID and Aadhaar card* to ensure the whole process is digital and straight-through. Moreover, the bank enables customers to utilize 24/7 service via machine-learning-based intelligent artificial assistant which understands natural language – all real time.

DBS is neither first nor last. Banks like Fidor, Number26, BankMobile, Simple or Moven created the momentum that produced certain tension within the whole market – and it wasn’t only about going mobile. The reason the playground was levelled was the digital character of the new channels and what came next, the possibility to build channel attribution models.

Most of the managers I had pleasure to meet during international conferences and workshops understood necessity to calculate sales efficiency within the channels matrix. What was missing was the universal language that would bring together Sales, Marketing and the guy we’re all afraid of: CFO.

People tend to say mathematics is the queen of all science (which I agree) and the universal language. In corpo world such language are also numbers – financial KPIs. Personally I believe all mid-management upwards should be able to communicate this way – at the end of the day what matters is ROI (long-term off course).

Another important trend impacting approach to customer journey optimisation is market segmentation and the data in general. I’m not a big fan of „Big Data” expression. From what I’ve seen for too many times “Big Data” side-tracks attention to repository build up (quantity) instead of quality and learning curve utilisation. Nevertheless, my observations make me think we’re at the verge of major change. Dynamic segmentation (auto segmentation on some occasions) and centralisation of CRM role is going to give a chance both to banks and Fintechs to consume opportunity that was created by customer’s behaviour swift – Sales Verticalization in particular. I wonder if big players will be flexible enough to adopt to the new challenge soon enough – whether it means segment-based-brands strategy, Fintechs takes over, alliances or…. exactly… or what?

It looks like hungry for success Fintechs have everything they need to win the race. Flexible, creative, tech-savvy and on many occasions supported with serious money. Most of the times they aim particular segment, service and selected (digital) channel. Such focus enables them to create adaptive expertise and quality for the end customers that Universal Banks usually can not beat.

Although in 2015 list of fintech Unicorns has more than tripled to 36 companies, up 25 from the 11 in 2014 I think big financial players still have much to say on how financial services market will look like in future.

Banks with their history have certain resources fintechs lack: relationship with governments, money and data repositories they created for decades. On top of this they already have customers. Banks have been sleepy but they heard the wake-up call and what we observe is just the beginning of the game.

In Africa we having a saying, ‘If you want to go fast, go alone. If you want to go far, go together.’ I believe massive cooperation between banks and fintechs is imminent and is going to create new value for existing and new customers. On one hand „fintech focus” will address new trends and increase quality within existing channels on another it will boost financial inclusion that is a reality for many European citizens.

Two in ten adults in the EU15 and almost half in the EU10 (47%) do not have a bank account, and many more have no savings or access to credit. Financial exclusion significantly increases the risk of social exclusion and poverty. What this segment require is easy and simple access to basic financial services focused on their particular needs (another face of sales verticalization). Do they need Universal Banking and omnichannel strategies? I don’t think so. Focus is the key.

I’d like to invite you to discussion. Omnichannel capability looks pretty obvious. Going mobile is also natural, however decision to put all the eggs in one basket and focus on single channel strategy may seem pretty bold – especially if you take under consideration ability of particular channels to generate Cross/Up-sell based revenue (we all remember how Mobile impacted Facebook). I am anxious to hear from you on the future of universal banking approach and role of ROI in channels development process.

*) Aadhaar is a 12-digit individual identification number issued by the Unique Identification Authority of India on behalf of the Government of India. Any individual, irrespective of age and gender, who is a resident in India and satisfies the verification process laid down by the UIDAI can enroll for Aadhaar. Each individual needs to enroll only once which is free of cost.